Laptops are like kicking dead whales down the beach.

Laptops suck. That’s rather hypocritical of me, as I’m writing this on my ThinkPad T420 running Haiku, but at present, you can’t get a laptop that has a good display, is reasonably powerful, has a good keyboard, and doesn’t have an x86 processor.

Once upon a time, you could: the Apple PowerBook and iBook lines used PowerPC RISC processors. 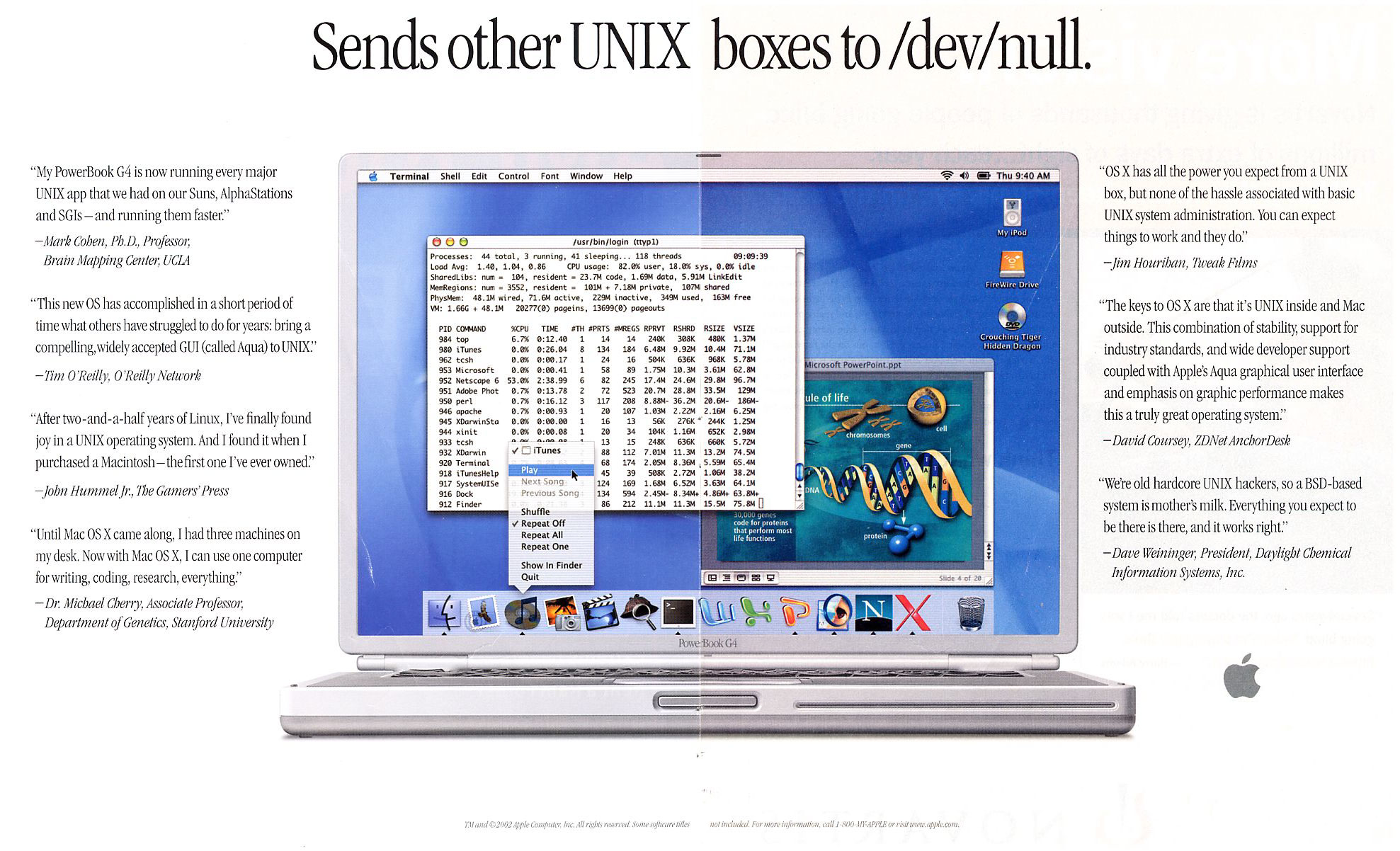 Earlier than that, there was the ThinkPad 800 series, which were also PowerPC based. These were even nicer, having the excellent aesthetics of the ThinkPad line, along with the excellent keyboard, though they were less powerful by virtue of being older: 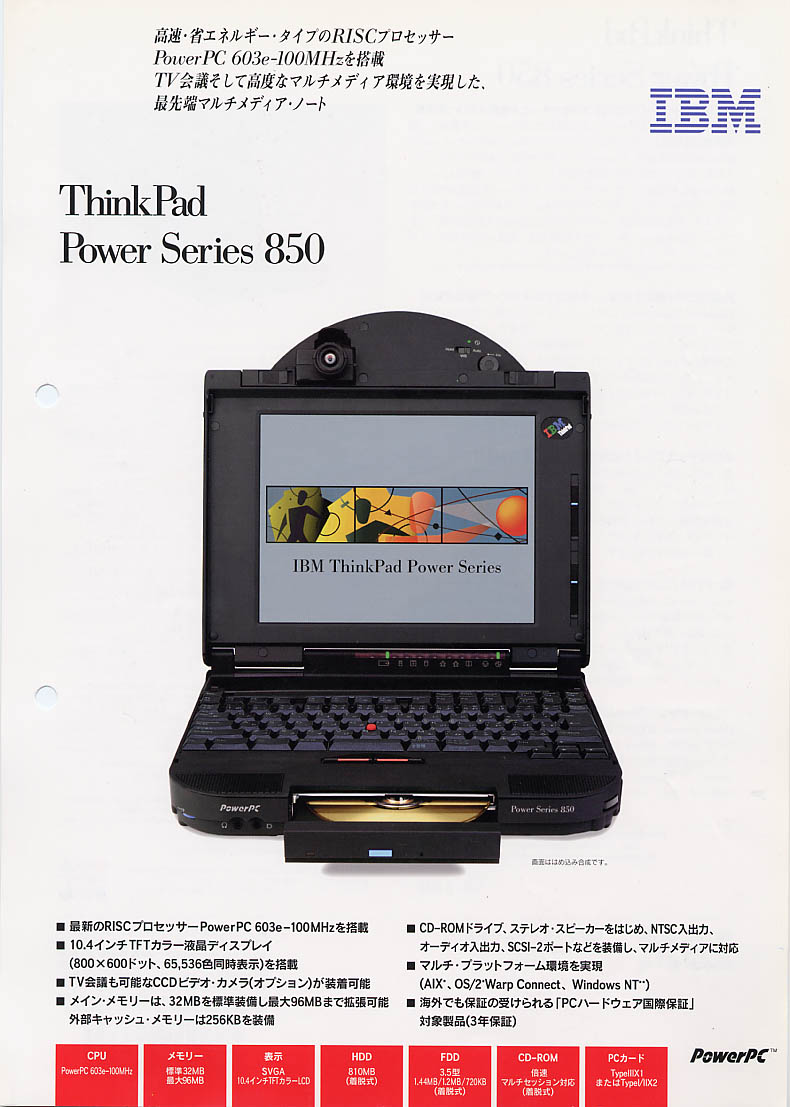 The last PowerPC laptop was built in 2006. Since then, there has been a severe lack of entirely good laptops. Don’t get me wrong, ThinkPads and Latitudes and Probooks are excellent, but they all use x86(_64) processors, so they can’t be “perfect.”

The situation is less bleak on the desktop front, due to the Talos II workstation, but you’re not about to cram a 200W POWER9 processor into a laptop in any sane way.

I don’t know if you’ve heard, but both Intel and AMD both have “management” or “security” processors separate from the main processor, and totally out of the users' control.

Even worse, last year, there were a number of vulnerabilities found in both Intel and AMD processors, thanks to these extra processors.

Did I mention you can’t (easily) turn this “feature” off, and has total control over your system, including network and memory access? A recent discovery allows disabling it, but it’s a rather involved process.

On my desk I have both a Lenovo IdeaPad S10e and a Motorola Moto G3. Both devices are (effectively) made by the same company, though the IdeaPad was built in 2009 and the G3 was built in 2015. Technology progresses quickly, but consider this:

The S10e gets about 8 hours with the listed battery. The G3, with a 25x smaller battery, gets 6 times the battery life the way I use it, despite having at least the same performance, as much memory, and a nicer screen. This is the true power (consumption) of x86.

To be fair, power usage has improved significantly over the last 10 years, but as the newest machine I have at my disposal is the T420 I’m typing on. With a cheap aftermarket extended battery with a capacity of 7800mAh, I get maybe 6 hours out of it. Admittedly, it’s significantly more powerful, but the point still stands.

So, what do we want?

Basically, we want it to do everything in this wonderful Mondo 2000 joke page: 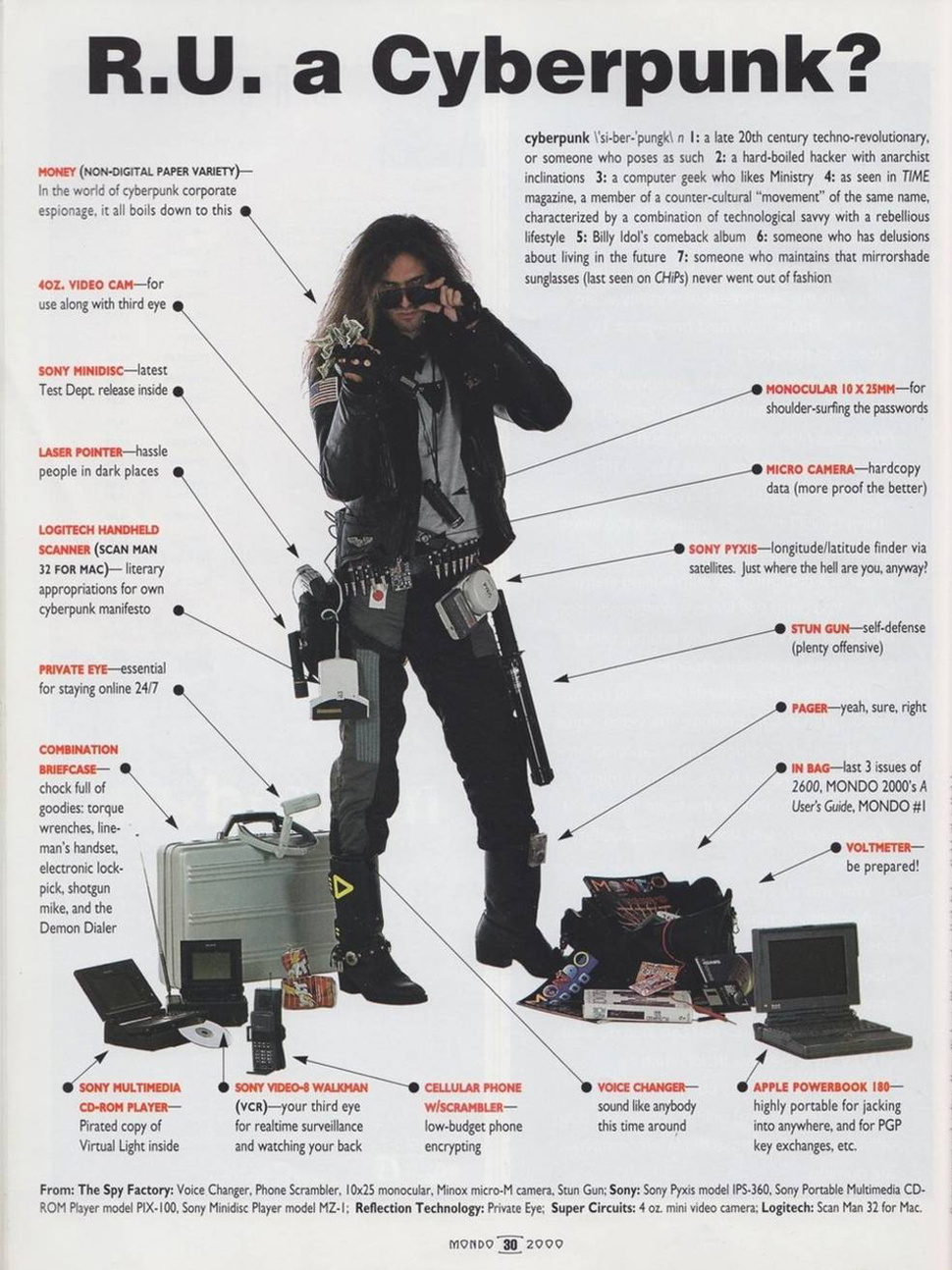 Though seriously, what I want out of a laptop is:

It would also be nice to have a docking connector and bluetooth, but neither are required.

What other option is there?

The only real alternatives at present are either a 2006 or earlier Mac, which is itself like kicking dead whales down the beach

Alternatively, an ARM chromebook meets most of our requirements, save durability in most cases, and a decent keyboard.

If you’re really lucky, you could find an 800 series ThinkPad. Of course, the battery in it probably wouldn’t work and it’d be painfully underpowered, but it’s perfect in every other way.

You could try to track down a Lemote Yeeloong, which is a MIPS laptop and was what Richard M Stallman used for a while, but I hear they don’t perform very well.

I’m currently using a ThinkPad T420 from 2011, because it’s the least bad laptop I could find for a decent price. It is also a target for me_cleaner, a project to de-fang if not totally remove the Intel Management Engine.

A light in the darkness: RISC-V

The RISC-V foundation has ended up with a relatively significant amount of media attention recently. From their site:

RISC-V (pronounced “risk-five”) is an open, free ISA enabling a new era of processor innovation through open standard collaboration. Founded in 2015, the RISC-V Foundation comprises more than 100 members building the first open, collaborative community of software and hardware innovators powering innovation at the edge forward. Born in academia and research, RISC-V ISA delivers a new level of free, extensible software and hardware freedom on architecture, paving the way for the next 50 years of computing design and innovation.

From the project has come several CPU designs, including lowRISC and SiFive, but so far only a microcontroller and development board have been released. With some luck, in the coming years, we’ll see desktop and laptop RISC-V processors that can be used in devices such as laptops.

I may be dreaming here, but that is the dream: a powerful, durable, comfortable free-as-in-freedom laptop.

Even better if it runs Haiku.

A few months ago I tried to design one but it didn’t really get anywhere, so here’s my sketches if anyone wants to use them. 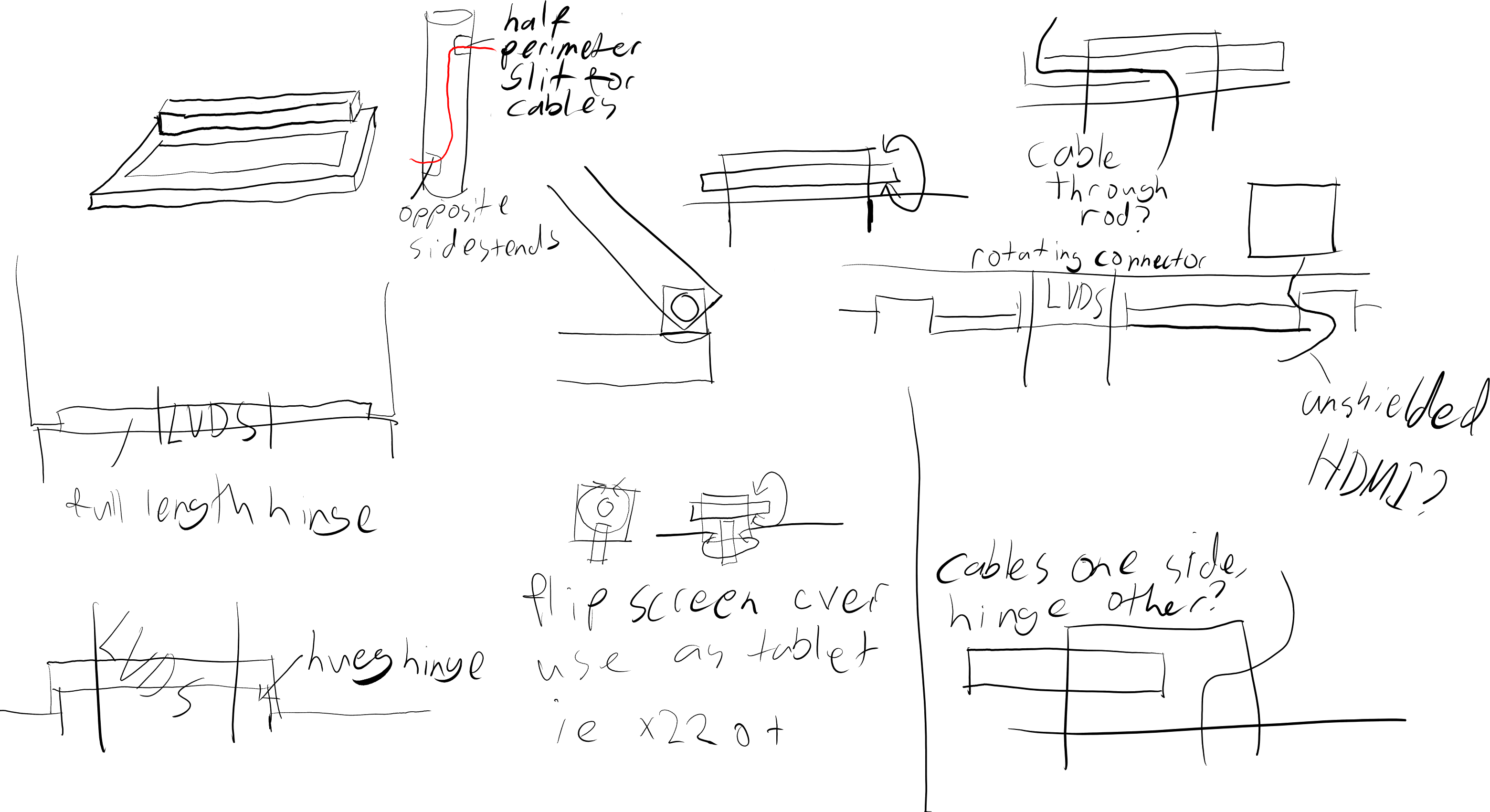 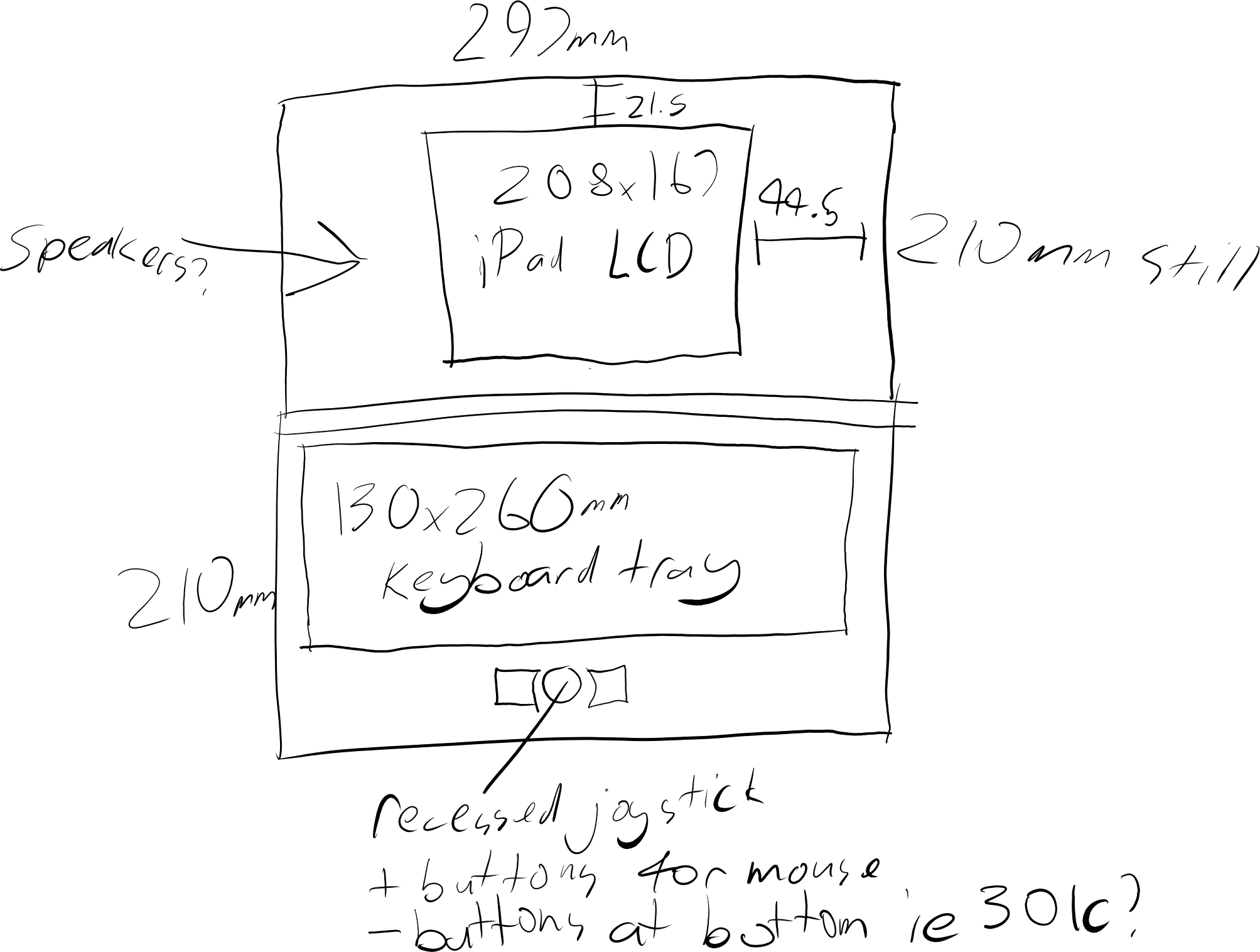 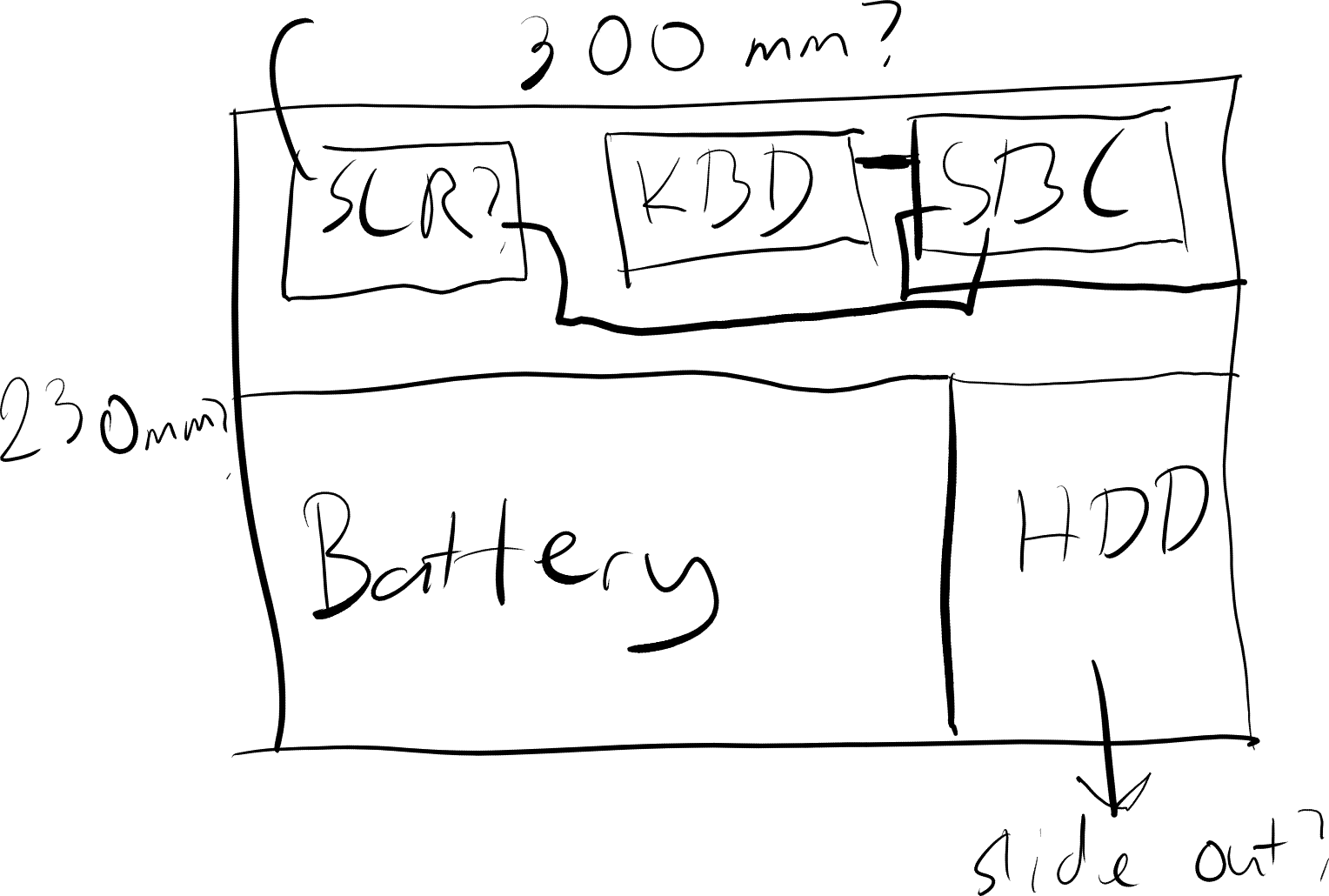